Brothers McCann played Rockwood Music Hall Stage 2, last night at 9pm. I missed that show. I don’t usually post about shows I miss, but that’s exactly what I’m doing. As we did earlier this month, Lois and I split up (just temporarily, calm down folks!). I went to see Derek James at Rockwood 1 at 9pm and Lois went to see Brothers McCann next door (neither of us had seen them before).

Lois was so impressed that she wanted me to include a section on them in one of my other posts from last night (we each saw three sets). I chose to make this shorter post all about them for two reasons:

When I walked in, Lois told me how she scooped me again, because Greg Mayo produced their CD and was playing a bit with them as well. She knows that I’m the (unofficial, self-appointed) President of the Greg Mayo Fan Club, so she was trying to get under my skin for missing this (competitive much, Lois?).

The universe looks out for me. In order to soften the blow, Brothers McCann called up none other than Rebecca Haviland to sing with them. I have gushed about Rebecca often, and will do so again in the next two posts from the sets following this one. Her voice fits most genres and Brothers McCann flavor of soul is most definitely one of them.

It didn’t need to get better, but it did…

As if to further appease me, to close the show, Brothers McCann called Greg up to play electronic keyboards, with Pat McCann still playing the grand piano (Greg stood to the right of Pat). Of course, Greg was amazing, but more importantly, so was the song, the Brothers and their entire band! 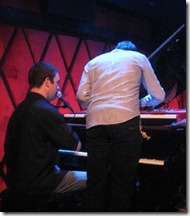 I’ve added Brothers McCann to my must see list. Add them to yours as well! Here are photos that Lois took while I was next door: 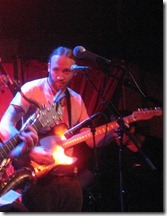 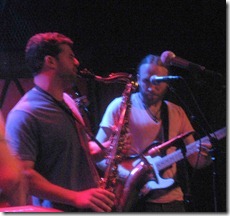