Ian and Chad at The Standard Hotel

Ian and Chad is the new name for what used to be known as Ian Axel (which always featured Chad Vaccarino). Last night they headlined a show at The Standard Hotel (formerly known as The Cooper Square Hotel). They announced it as their first show of 2012. If you accept the notion of officially sanctioned shows then that’s true. 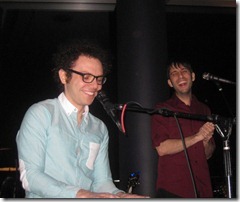 On March 29th, they played a secret show (so it wasn’t real). We were there and I wrote about it. I thought that part of the reason for the secret show was to test some new material in public, before debuting it officially last night. As such, I assumed that I could save a lot of typing by pointing people at that post and saying “Read that, but imagine it in a more stunning setting.” To a large extent that was true, but the deviations surprised me. 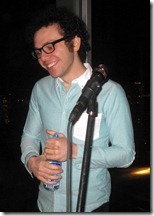 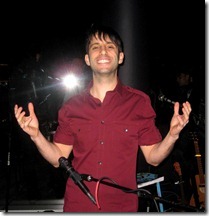 I’ll talk a bit about the venue and the promoter below, but first let’s dive into the performance.

Last names weren’t even mentioned. They introduced themselves separately, simply as Ian and Chad. They opened with the same sequence of three songs as they did at the secret show: 1) Cheer Up, 2) Rockstar, 3) This is the New Year. Again, they reversed which verses they sang in This is the New Year. Both did a great job with the other’s verses, but in the first surprise of the evening, the same spot that Chad came in late at the secret show (“I pass it back to you”), caused him a bit of trouble again last night. At both shows that ended up being a charming/disarming moment.

At the secret show, that was the only song performed that is on the current CD (same title, This is the New Year). Quick aside, you can download that entire CD and pay whatever you want!

This is where my big surprise came. After that song, Chad left the stage. I expected Ian to play the same brand-new song he played at Rockwood, a song about/for his parents, and his love of/for them.

Instead, he played Gone (also a song written for his parents). I wonder whether he’s simply not ready to play that song in front of his parents just yet (they were there last night, but not at the secret show). Still, in rebranding themselves Ian and Chad, he picked a song that was on the current Ian Axel CD. OK, no biggie. 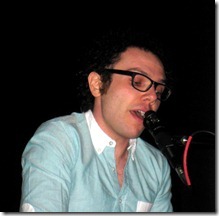 At the secret show, each played a single solo song. I expected Chad to come right back up (either solo, or for another song together). Instead, Ian played two more songs solo, Waltz and Say Something. Both are on the current CD (again, much to my surprise). Ian was amazing on all three solo numbers, so I’m not complaining, but it was totally unexpected (perhaps that’s a good thing!).

Chad did play his one solo song on the guitar. It’s gorgeous and I look forward to more of his efforts on the guitar and singing from his heart. I don’t know if the song has an official title, but I’d call it “I Don’t Want to Love Somebody Else”. Awesome. 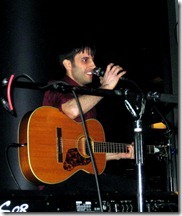 Chad had a special seat for when he played the guitar. 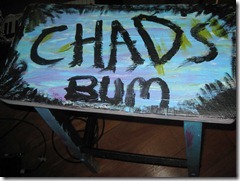 Mike Campbell joined Ian and Chad for two numbers. Mike played acoustic guitar and sang harmony. Ian played the ukulele on both. The first was a song they all co-wrote, Amory. It would be hard to describe how incredible their harmony was and how absolutely pin-drop quiet the packed-in crowd was. 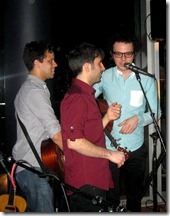 They followed that up with their signature Shorty Don’t Wait, which Chad crushed (as did Ian and Mike). 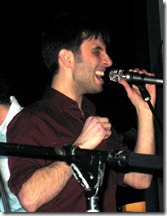 Ian and Chad closed out the show with Homeward Bound/The More We Love/I Really Want It (no, not three songs, an untitled song, with any of those three titles fitting perfectly, so take your pick!).

That brings me to a general observation. This was one of the most amazing crowds I’ve been a part of, both for Ian and Chad, and the opener, Elizabeth and the Catapult as well. Absolutely hushed silence during the songs, followed by thunderous (and long) applause, whoops, cat-calls, etc., the second every single song was over. Exactly as it should be for such spectacular performances.

Back to the venue and the promoter. We’ve been to this venue once before, when it was called The Cooper Square Hotel. It was also to see Ian and Chad (though then they were called Ian Axel). That night, they were the openers.

The shows are held in the Penthouse, which I believe has more outdoor than indoor space. The wrap-around deck/terrace is one of the wonders of NYC. While it’s only 24 (or so) floors up, there are no other tall buildings around, so the view is quite sweeping, including the Empire State Building, MetLife and Chrysler Buildings, etc. The start time for the show allows for the full transition from bright sunlight, through twilight, to complete night-time scenes of NYC. That the music complements and exceeds the visuals makes the entire experience all the more amazing. 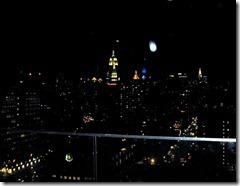 Both shows that we attended are part of a series put on by Annie Ohayon, called the Annie O. Music Series. There used to be a page dedicated to that on the Cooper Square site. I’m sure The Standard will put one up when they get around to it.

Anyway, Annie O. has great taste in music and will continue showcasing Ian and Chad (I believe the next show is on May 7th, same place, with Teddy Geiger opening). She’s already announced a few other acts later this month. Get on her mailing list and be prepared to be wowed by her musical choices and the venue she has partnered with.

Lois didn’t get to capture everyone that we knew who attended, but she caught a representative sample: 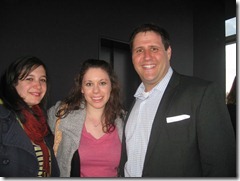 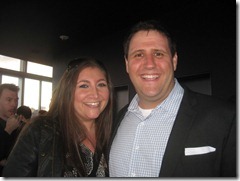 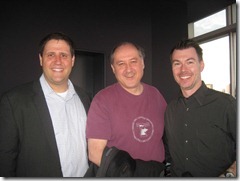 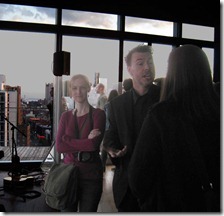 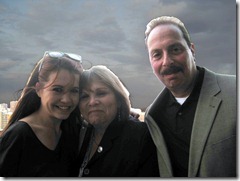 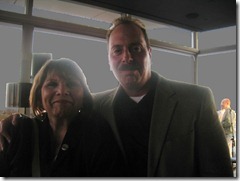 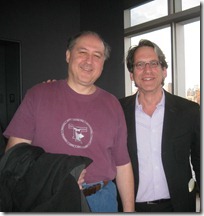 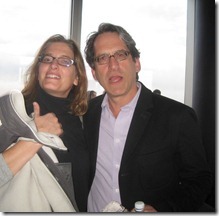 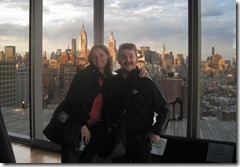