Matt Cusson played his first ever show at Rockwood Music Hall last night. I’m sure it won’t be his last.

We hadn’t heard of him before, though after reading about him, I’m surprised at that. Thankfully, we have friends with excellent taste in music (in fact, we met them over a shared table at Joe’s Pub, a few years ago). They reached out and asked whether we wanted to join them for Matt’s show. Without knowing anything about him, our answer was yes. 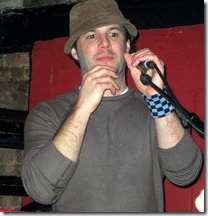 I encourage you to read about him as well, as my description from a single set won’t do him justice. What I saw last night was a young man with a number of incredible talents: 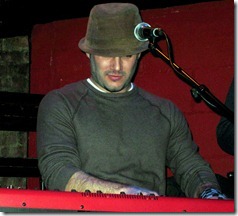 In addition to playing some of his own tunes (including one or two brand new ones), he played a couple of older ones (including Comfortable, a John Mayer cover which Matt was well-known for). He also played a short medley of Michael Jackson songs. From what I understand, his range is much broader than he had time to display last night.

Matt was joined by two musicians:

Rich Zurkowski on electric bass (I couldn’t find a good individual link to him). Rich was outstanding on the bass. He was often the only melodic accompaniment (when Matt was playing chords), given that there wasn’t a guitar as well. His fingers were flying up and down the frets the entire set, always sounding in perfect unison/harmony with Matt’s voice and keyboard play. 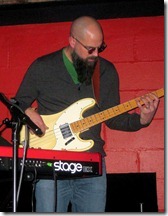 On one number late in the set, Matt highlighted the band, including giving Rich a really long lead. It was mind-bogglingly good. I’m already looking forward to catching Rich again, any time, anywhere. 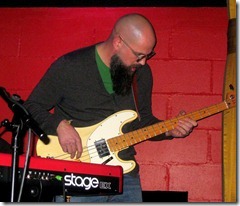 Adam Hanson on drums. Adam did a nice job on the drums throughout. On the same song that Rich was highlighted, so was Adam. Matt prompted him to continue his introductory solo a few times, then turned it over to him later in the song again for a longer solo. While I enjoyed his play, he wasn’t quite as loose or creative as Jazz drumming can/should be. 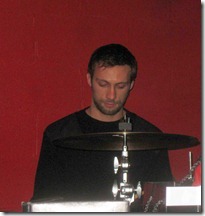 Matt introduced his fiancée to the audience: 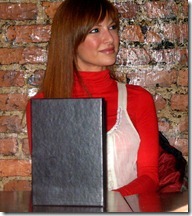 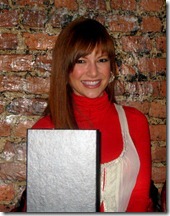 Before the show, we had dinner with our friends at The Meatball Shop. So good, I’m still thinking out the BBQ Pork meatballs (the special last night). We would eat there more often if it wasn’t always so jammed (rightfully so). 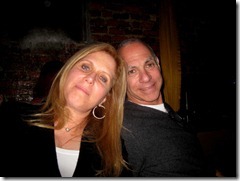 Thanks for introducing us to Matt Cusson, and for being willing to meet/eat early enough to get seats at The Meatball Shop!