Ian and Chad in a Secret Show at Rockwood Music Hall

What happens when Ian Axel and Chad Vaccarino drop their last names? Awesomeness!

It’s not quite official, but it’s not embargoed either, but the artist formerly known as Ian Axel will soon be known as Ian and Chad. Click that link to see how Ian describes the name change. Basically, it more accurately reflects the contributions that Chad was making all along and is making on stage even more than he used to. 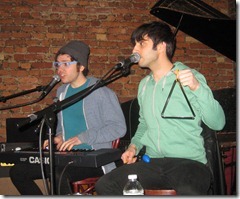 So, why a secret show? I would assume there are many reasons, but the most obvious are:

They opened the show with a new song called Cheer Up. If you watch the video below (of that song), you’ll know what we saw. Ian actually brought that old Casio on stage for this one song and this was the NYC debut of Chad killing it on the triangle:

Ian and Chad perform Cheer Up

After that, Ian moved to the grand piano for all but two songs. 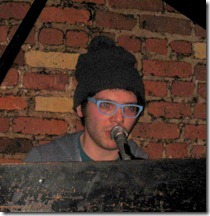 Right after announcing that all of the songs performed would be unrecorded ones, Ian added: “Except for this one.” 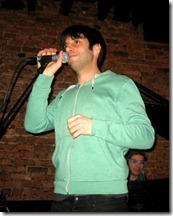 That turned out to be their most famous number, This is the New Year. I noted above that even here there was a huge twist. Huge indeed (if you’re the groupies that we are, and notice every nuance). Before I get to the twist, let’s have a bit of history about that song.

When they released it, they put up an Official video on YouTube. That garnered over 300,000 plays. Then they signed with a record label who insisted that the video be taken down and put up again on Vevo (a collaboration between YouTube and the music industry). The same video (ever-so-slightly different soundtrack) garnered well over 1,000,000 hits on Vevo (so over 1.3MM between them).

Then they left their record label (very recently) and the video was taken down from Vevo. They had to put it back on YouTube, with the play count zeroed out. Let’s see if we can all get it back up over 1,000,000 again (it certainly deserves to be seen that many times!).

Continuing with the history lesson. Also recently, Ian and Chad held a contest where people submitted their version of that video. Their friends (who are professional videographers and editors) sliced and diced all of the submissions into an incredible montage of fans celebrating this awesome song.

Finally, to celebrate their newfound freedom, Ian and Chad are offering up their CD (the entire thing, not just the song This is the New Year) for the whopping price of Pay Whatever You Want! I strongly suggest $130, to reflect that value of $10/song, though you might wish to pay less, I’ll forgive you.

OK, now we can finally return to last night’s performance of that song. Whew.

They created a mirror image of the song, by switching vocal roles. Chad sang all of the parts that Ian normally does (including opening the song) and Ian sang all of Chad’s parts.

It was totally cool, and each did an incredible job. That is until the soft bridge where Ian nearly whispers: “I pass it back to you”.

Chad didn’t start to sing it, because his brain was expecting Ian to. He realized it halfway through the sentence (and the surrounding silence), laughed, and picked it up exactly where he should have been.

In addition to the debut of the triangle in the opener, Chad debuted a solo song on the acoustic guitar. He finger-picked a gut-wrenching love song, beautifully. So, we’ve now seen him play a trumpet, keyboards, guitar and a triangle. What will he break out next? 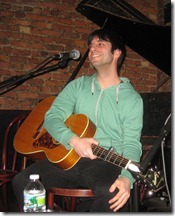 Ian and Chad then invited up a special guest.

Mike Campbell joined for two numbers. He sang and played acoustic guitar on both. On the first, Shorty Don’t Wait (or simply Shorty to most fans), Ian came out from behind the piano to play the ukulele. They were fantastic. Every time they play the song, it seems to me that Mike tries to top the previous little bridge guitar lead. Last night’s was definitely fast and tasty. Ian returned to the piano to play another song that the three of them co-wrote, Amory. Three part harmony washed over the audience. Gorgeous!

Ian played a song solo on the piano, which was inspired by his love for his parents. When he introduced it, he said it would have been more difficult to sing if his parents were there. Someone in the back of the crowd yelled: “We are!”, which got Ian (and the rest of us) laughing. Beautiful song!

Ian and Chad performed at least three other songs together. Very early in the set they did Rockstar, a song I could listen to 1000 times in a row and still ask “Can you play it again?”. Toward the end of the set they played You’ll Be OK (another incredible song).

They closed the show with one of our favorite songs (not just of theirs, but in general). It’s a song that goes by many names (Homeward Bound, The More We Love, I Really Want It), none of which are official, since they haven’t named it yet.

In that song there is a piano bridge that always dazzles every audience that hears it. That was true last night too, but because Rockwood is small, the crowd was big, and you could hear a pin drop while he was playing it (meaning, everyone was appropriately silent), the collective (reflexive) whoop when Ian finished was amazing (like a group exhalation after surviving a straight drop on the world’s tallest roller coaster).

What a show, shared with a ton of friends, some of whom we haven’t seen in a while. Just chatting with them for a few minutes before and after the show was worth going out for, but the show itself was the cake, they were the icing. 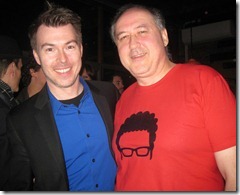 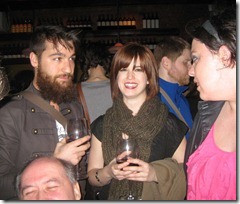 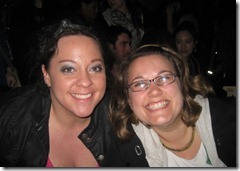 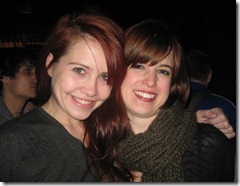 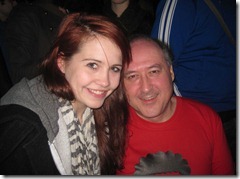