Apollo Run headlined a special acoustic show at Rockwood Music Hall last night. I characterized it as special (that’s not how they billed it), because it gave me a chance to evaluate their core musical proposition relatively quickly after my first encounter with them three weeks ago. 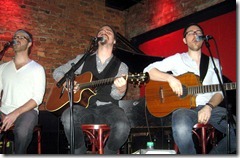 In that first show, I had tons of good things to say. I also had some negatives, most of which revolved around everything being way too loud that night. An acoustic show would let me know what’s what (or at least should).

I now know everything I need to know about Apollo Run and you can take it to the bank. They are awesome, no ifs, ands or buts.

Big picture: amazing vocals (individually and harmony), excellent musicians, great songs (sounds like all of the ingredients to me).

John McGrew on acoustic guitar, piano and lead vocals. John mostly played the acoustic guitar throughout the set. He switched over to the grand piano for one full number, then returned to the grand with his guitar still around his neck to finish another one. However, like I noted in my first write-up, what really separates John from the pack is his voice. It’s fantastic. 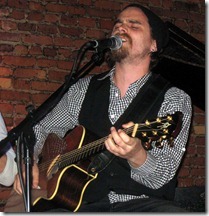 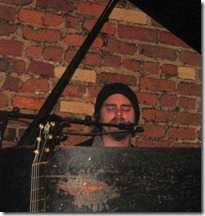 Graham Fisk on percussion and vocals. When I saw Graham line up on stage with the others, a different kind of shaker in each hand, I worried that I’d miss out on his drumming. He’s an exceptional drummer, which I fully appreciated the first time around, even though the volume was too high. Not to worry.

While I am sure I would have loved hearing the drums (with a light touch), Graham’s sensibility with the shakers was fine. More importantly (much more importantly), his voice is really great (as I noted last time) and he sings so well with John. Not having the drums allowed that aspect to shine even more. 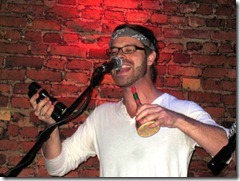 Jeff Kerestes on acoustic bass, ukulele, grand piano and vocals. Even for the acoustic show, the formula for splitting the duties between the three seemed fairly constant. That meant that Jeff handled much of the melodic work, even on the bass. He’s an incredible bass player, so having him be front-and-center works well. 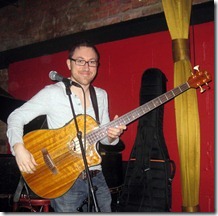 When he switched to the ukulele, he didn’t just strum (which is what the majority of uke players do), but also finger-picked a bit and played some lead. Very nicely done! 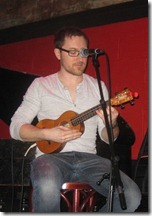 In a move that didn’t happen at the amplified show, Jeff took to the grand piano for one song. Another instrument that he can handle ably. 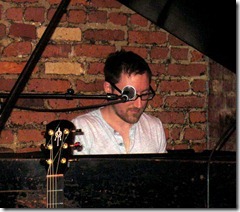 He sang roughly half as much as Graham did, always very well, creating gorgeous three-part harmonies. When John played the piano, Jeff put down all of his instruments and moved next to Graham to sing. 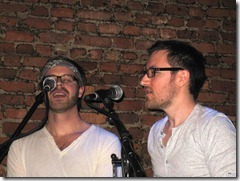 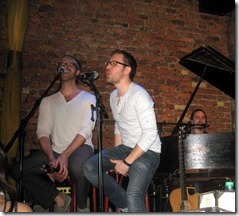 Even though it was an acoustic show, they project a power and energy which is palpable (you can even catch it on film): 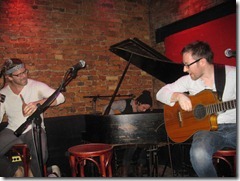 They closed the show with the same bang that they did at Rockwood 2, with all three descending into the audience to sing All in Good Time, a cappella, clapping and stomping, with most of the audience joining in. Awesome. 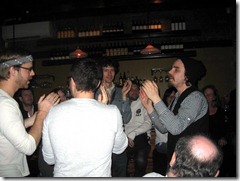 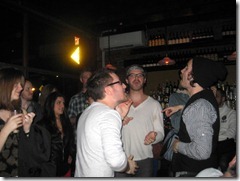 Their set list was on John’s phone (I know that, because John had to call out to have a friend hand it up from the audience). Lois didn’t get to take a photo of the iPhone screen, so I reached out after the show to have Jeff send me a copy. He ended his note with “I think….”, so I don’t want anyone to sue me (or him), if this was the exact set list:

They mentioned that they had copies of their first two EPs for sale: Here Be Dragons (Vol’s I and II). We bought a copy of each. I listened to both this morning and love them! They are nearing completion of Vol III (produced by Dan Molad of Lucius and others). Looking forward to getting my hands on that as well.

OK, glad to know that all of the people who raved to me about Apollo Run knew exactly what they were talking about. If I find myself in a similar situation to the first show, all I need to do is climb up into the sound booth and force the sound guy to dial back the master volume.