Last night was our 13th time seeing Girlyman live. The last time we saw them was the only time we took no guests. Last night, we set a new record (previously 19 at Highline Ballroom). Including us, we purchased 26 tickets for last night’s show. Two of our expected guests missed their flight in Chicago, so only 24 of us showed up. That worked out, since we sat at two tables for 12, right up against the stage.

Since I’ve written about Girlyman endlessly, I’ll make this one very short (ha, you say!). Last night was the last show on their East Coast CD Release Tour. I think they played 11 out of 12 consecutive nights. Given that, the change of weather, the various colder northern states they played in (we saw them on the opening night of this tour, in Norfolk, CT, and it was 40 degrees that night), it wasn’t a surprise that both Ty and Nate had pretty bad colds. 🙁 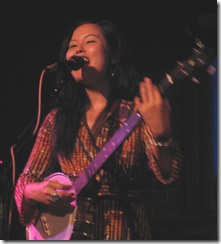 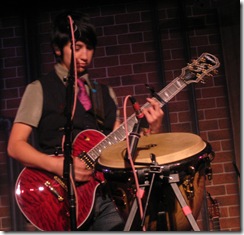 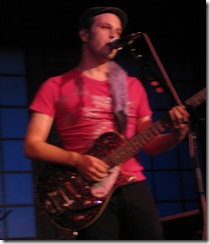 The show was still generally excellent, as excusing a slightly sub-par performance was easy to do. The crowd gave them rousing ovations for every song. The banter was top notch, so their brains weren’t foggy, it was just their throats that were froggy. 😉

They played a long and well-balanced set (songs from the new album, but also songs from the early ones). They were on stage for roughly 100 minutes, including the encore.

I don’t begrudge Girlyman their political views, but Nate couldn’t resist taking a shot at the Bush Years when introducing the song True Enough (a somewhat tongue-in-cheek homage to Obama). I’m just curious as to when Obama supporters will start owning this nation’s problems. It’s so easy to only blame the past, and I’m sure it’s fun. Until you own the problem, you can’t and won’t fix it. Time to follow your most favorite advocacy group, and Move On!

Opening for Girlyman on this tour (with the exception of Joe’s Pub) was Po’ Girl. They were very good at Infinity Hall when we saw them on September 30th. That night, they played a 30 minute set. Last night, they were better, in fact, significantly better. They played a 45 minute set, and while they repeated a few songs (two or three I think), there were a number of new (to us) ones in the mix, and they were all really good. 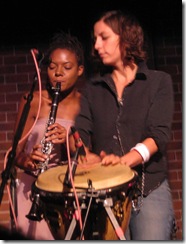 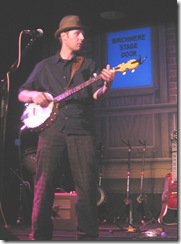 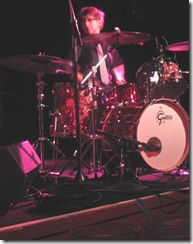 While we knew what to expect, none of our guests did. I was overwhelmed (in the most positive sense) by the spontaneous reaction of all of those around me to how awesome they thought Po’ Girl was. The two couples sitting immediately near me both went out and bought a Po’ Girl CD (one during intermission, they couldn’t wait to get their hands on it) and the other one after the show. I think others in our group also bought CDs (both Po’ Girl and Girlyman) after the show.

Everyone thanked us after the show and told us how much they enjoyed it. I’m sure that the entire experience delivered that feeling. The food was excellent (as it always is at the Birchmere), and a number of people commented to me how surprised they were at that (clearly first timers there).

More than half of our party saw Girlyman before (at least once), so they could factor the colds out and still know how awesome Girlyman is (and can be), but I felt a little bad for the first timers, who didn’t quite get to experience the real magic of Girlyman, even though it was still a really good show!

A bunch of shots of a portion of our our gang: 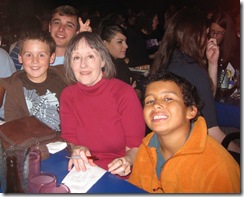 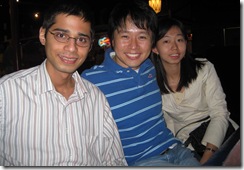 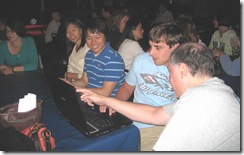 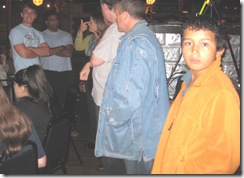 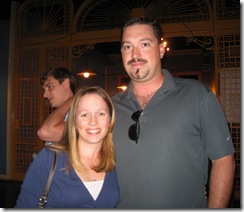 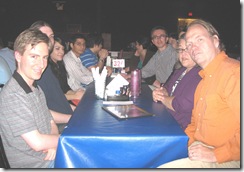 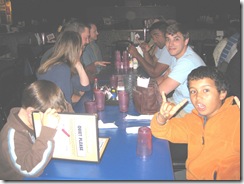 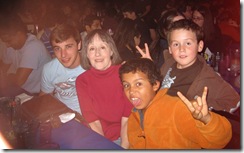