Two weeks ago I announced that we were no longer involved with Zope Corporation. That was supposed to mean not driving up and down I95 every month. Apparently, our love of music and friends didn’t get the message.

Lindsie Davis runs regular house concerts. We’ve been lucky to have attended three of them (including last night). In addition to loving every one of the shows, we’ve become good friends with Lindsie, which in the long run (even the short run) is more valuable to us.

Update: Lindsie just forwarded three photos that she took. We’re in two of them. I’ll post the first here, then the others down below. 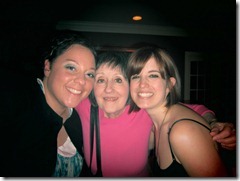 Before we knew we’d be out of Zope, we were discussing coming to Lindsie’s next show, which she was trying to put together but hadn’t set a date yet. By the time the date was set, we were already out, but we decided to make the trip, and turn it into a going away party as well. I’ll cover the party aspect briefly after capturing my thoughts about the show itself. 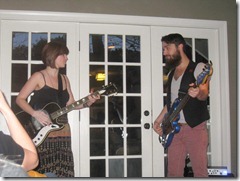 We see them perform a bunch, recently in a variety of configurations, but I have to admit that I was still taken by surprise last night (a most pleasant surprise). On March 21st, we saw them perform as a duo (for the first time) at Watercolor Café. The big difference last night was no vocal microphones.

Rebecca and Chris each had their instruments (electric guitar and electric bass respectively) plugged into amps. But, they had them dialed softly (perfectly). That Rebecca’s amazing voice could easily be heard above the amps was not a surprise. That Chris sang loud enough to be so perfectly balanced with Rebecca was the giant surprise. They sounded better together vocally than at any previous show. That means that Chris will have to sing louder, or the sound guy will need to crank him more, at future full band shows. 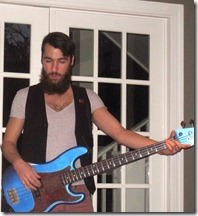 The acoustics were perfect and every song was fantastic. After missing If You at the last show, they performed it last night. Even though it was new to probably 95% of the people in the room (it was a very well attended show!), this was the best crowd participation in singing the Oh, oh oh oh oh part (along with me, of course). Really great! 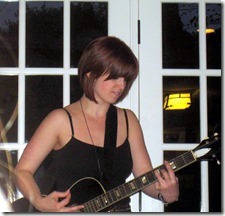 Whenever Rebecca was tuning, she was quite funny telling us stories and informing us that this was her first-ever house concert performance! I’m willing to bet that it won’t be her last. I have a strong suspicion that she had every bit the blast that we in the audience did. Chris Anderson is an old pro at this. In fact, he was at all of the previous house concerts that we attended at Lindsie’s. 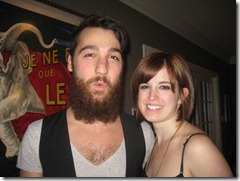 After their set, Lindsie announced that there would be a 10-minute break to eat the amazing desserts and stretch the legs. Those rarely last only 10 minutes, so I was impressed that this one was officially ended (with blinking lights) at the 14-minute mark. Well done running a tight ship Lindsie! 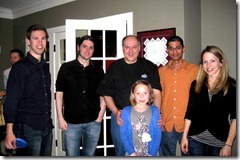 Chris Ayer took to the stage (OK, the front of the room) and captivated everyone with his incredible songs, voice and guitar play. 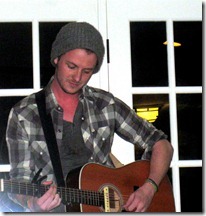 Chris always gets a ton of requests for particular songs (many of them long out of his regular rotation). He told us about one guy in Europe who took to the Interwebz to hammer Chris when he didn’t get his desired song. That dude needs to chill (see, I’m still young at heart).

Last night, Chris decided to finally perform two songs he’s been promising someone for a while now (two different people, if I understood, both of whom were at the show). One was Opening and the other was Warmer. Bravo! It’s such a treat to hear great songs that rarely get played live nowadays.

As with Rebecca, whenever Chris was tuning, he had us cracking up. Aside from his typical tuning, he complained that the capo the guy at The Guitar Center talked him into was a bad choice. I noticed it once, it doesn’t put equal pressure across the fret, so Chris had to play with it to tighten it, but also compensated by retuning the string it wouldn’t catch. That gave him plenty of time to make us laugh. 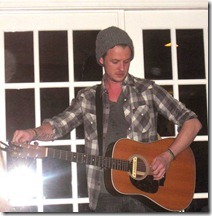 While I could recite Rebecca’s set list by heart (but won’t), Chris provided his official set list for Lois to photograph:

Our host with the performers: 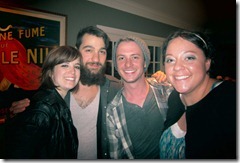 Our host with us and Chris Anderson: 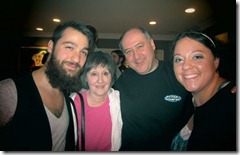 It was a great show, well worth the long drive down (unreal traffic once we got into Friday afternoon Washington rush hour). Afterward, we headed to our friends’ house in Leesburg, where we spent the night (and where I’m now typing this). Shortly I’ll be off to watch the older son play baseball (he’ll be the starting pitcher) and then after lunch, the long trek home. 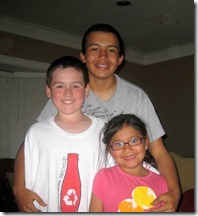 Back to the party aspect of last night. We reached out to a bunch of current and former Zope employees and their families. 15 of us met for dinner at Portabellos in Arlington. Wow, such a great meal, excellent company and everyone in the restaurant was nice and treated us very well. 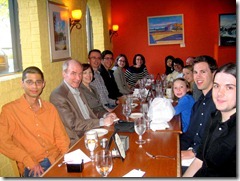 After the meal, 13 of us headed to the house concert. So, Zope was very well represented at the show. In a nice twist, one of the current Zope employees (Satchit) won the merch raffle, so he walked away with two of Chris Ayer’s CDs and two of Rebecca’s. Score! 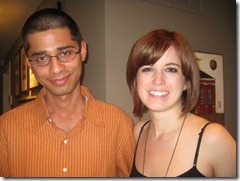 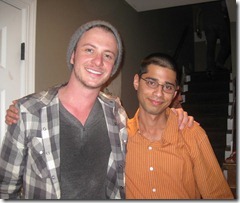 An absolutely fantastic night, beginning to end. So glad we never hesitated to make this long drive to implant those memories. 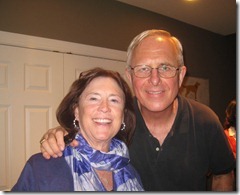 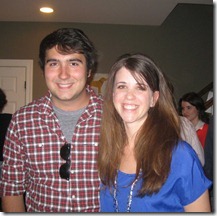