Greg Mayo Band headlined a set at Rockwood Music Hall Stage 2 last night. The show was on opposite two others that I would gladly have attended, but a week ago I decided that one can’t have enough Greg Mayo in their lives, so with apologies to the others, I was going to see Greg. 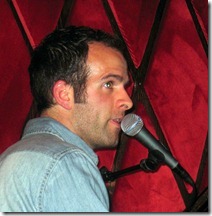 Then on Thursday (April 19th, 20120), Levon Helm passed away. Greg announced that Saturday’s show would now feature a tribute to Levon Helm and The Band. Had I chosen one of the other shows, I would have changed my plans to attend this for that reason alone. 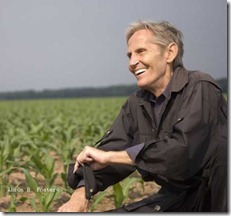 Greg split the show into two parts. The first was five songs written by him and performed by the full Greg Mayo Band (eight people, including a brass section). The second was the Levon Helm / The Band tribute, consisting of six songs with special guests joining on a few.

I was really glad that Greg chose to play some of his own material as well because one of our friends had never seen a Greg Mayo Band (GMB) show and he totally got how awesome they are (and Greg’s songs are!) before the first verse was over. I bet I’ll be seeing him at many future GMB shows.

After playing It’s a Pity (typically the last song of a GMB set), the horn section left the stage and Greg gave a moving speech about Levon and what he meant to Greg, all of his musician friends and many others (including me!).

One of the first things he mentioned was that a few people had told him that everyone was doing tributes to Levon and perhaps he should consider not doing one. Greg had the perfect answer: “You can never have too many tributes to The Band, everyone should do one!”. Amen!

I’ll cover all of the band members below, but the spirit of the tribute deserves mention before the individuals who performed it perfectly.

In the GMB Greg plays the keyboards (last night he played the grand piano exclusively, amazingly, though he typically plays a bunch of electronic keyboards during these shows as well). Greg also plays a ton of guitar in many other bands. A few of those bands (including The Big Apple Singers and it’s various spin-offs and The Narwhals) specialize in songs by The Band. So I have personally witnessed Greg and his cohorts choosing to honor those songs over and over, ensuring that our youngins get exposed to these timeless classics. 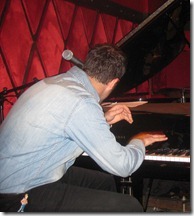 There’s another reason that the timing of Levon’s passing was so emotional for Greg. Over the New Year’s weekend, as a surprise gift for his recent birthday, a very special person in Greg’s life took him to one of Levon Helm’s Midnight Rambles. I’m sure it’s a night that Greg will remember for the rest of his life. The fact that it ended up being one of Levon’s last Rambles makes it all the more poignant.

Greg began the tribute portion by inviting up one guest.

Patrick Firth on electronic keyboards and vocals. Patrick joined for most of the The Band portion, including stepping away from the keyboards to sing lead on a verse at center stage. He was great on the keys, always an integral part of The Band songs. 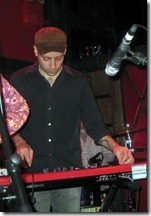 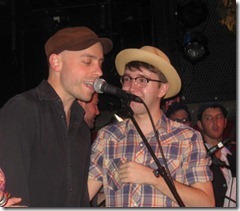 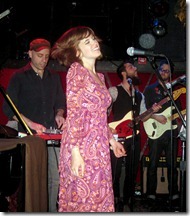 Then Greg invited up a couple of guests to sing on a few of the songs.

Evan Watson kicked it off with the lead vocals on the first verse of Up on Cripple Creek. Evan fronts a number of bands, including The Big Apple Singers. He’s as well suited for singing any song by The Band as anyone I know. Evan returned later and took over the electric guitar for one song in addition to singing on others. 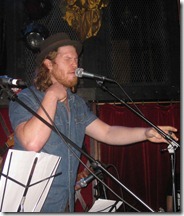 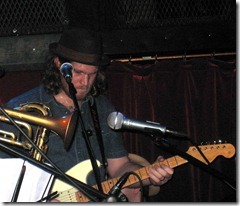 Zach Jones sang a verse on Up on Cripple Creek as well and joining everyone else for a few other songs.

Circling back to the band, but first, a few more words about Greg. He’s never disappointed me at any show, whether he’s the star or a sideman. Last night his voice was as good as I’ve ever heard it (I’m tempted to say he was inspired, but that would detract from the fact that his worst is better than most others’ best). His piano play was as good as it always is. 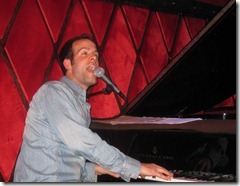 His mic stand failed on one song (I didn’t see how). Armando cut through the crowd with a replacement. While he was swapping one for the other, Greg took the mic and stood up to sing without playing the piano. Of course he was incredible. When the swap was done Greg didn’t replace the mic in the stand until the song was over. Instead, he sat down at the bench and alternated playing the piano with one hand, then the other, switching the mic into the non-playing hand. Great job of making awesome Lemonade from the lemons. 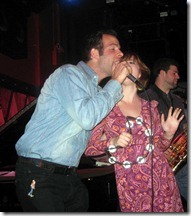 The rest of the band, left-to-right on stage:

Rebecca Haviland on vocals and tambourine. Rebecca was on stage for every number in the set. She sang a lot with Greg during his numbers, including taking the lead on part of It’s a Pity. Then she joined on every The Band song, including singing a verse on the lead of at least one song. Superb! 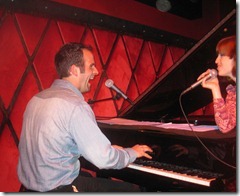 John Liotta on baritone saxophone. John played on every GMB number, then returned for half of The Band ones. He took one long lead on a GMB song and wailed a bit with the rest of the brass section on The Band tunes as well. Excellent! 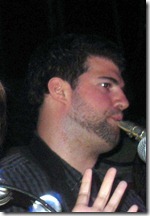 Josh Reed on trumpet. He was on stage for the same songs as John Liotta (as was the next person, completing the brass section). Like John, Josh took a long lead on one GMB number. Excellent! 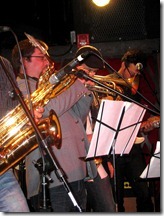 Matt Simons completed the brass section on tenor saxophone. Matt is awesome on the sax, but we don’t get to see him play it often enough, because his own original music (which I love!) is delivered on the keyboards. So, having him play at last night’s show was a very special treat for me. 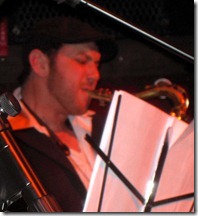 The brass section alone, then bracketed by Rebecca and Paul: 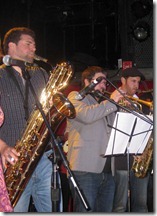 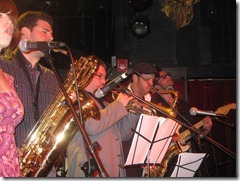 Kenny Shaw on drums. I had to go three days between seeing Kenny playing the drums. Thankfully, the long drought ended with such a great set. 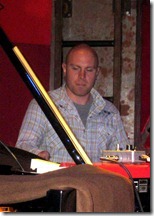 Chris Anderson on electric bass and vocals. Chris is always great on the bass. He sang a bunch of background vocals on the GMB portion. In addition to singing a verse on the lead in a couple of The Band songs, Chris came to center stage to sing lead on The Night They Drove Old Dixie Down. Fantastic! 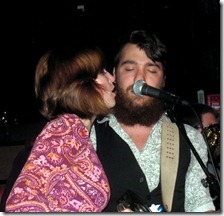 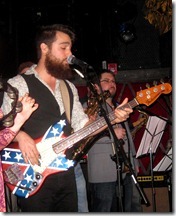 Paul Maddison on electric guitar and vocals. Paul sang a bunch on the GMB numbers. He wailed on the electric guitar more during The Band portion, but was extremely solid during the GMB set. He relinquished his guitar and spot on stage for the number that Evan played guitar. 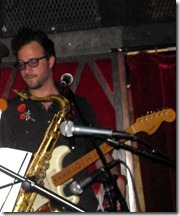 Most of the audience sang along to The Band numbers, with quite a number of people singing along to the GMB ones as well. It was a set most worthy of losing one’s voice. Thanks Greg and everyone on stage (and in the audience) for such an incredible, memorable performance! 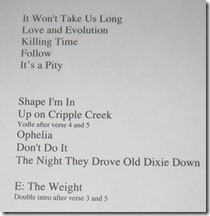 A few extra shots, including one of Greg’s little mascot: 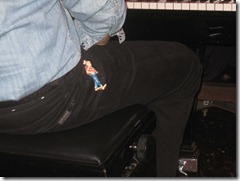 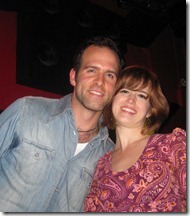 Goodnight Levon and thanks for everything! 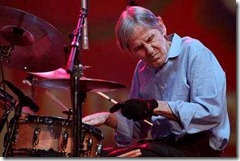 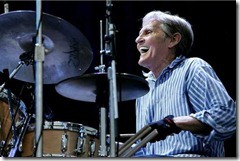